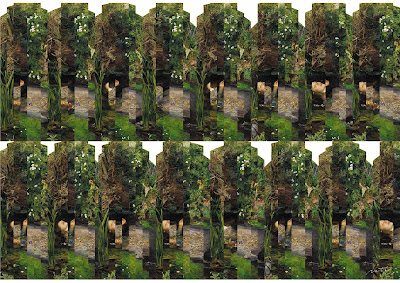 Metagenomics in Art is a workshop that I developed during my collaboration with the BP Art Exchange at Tate Britain and Tate Modern. Metagenomics as a subject is very human and intimate, but the word does not communicate the richness of the subject and its importance to the human condition. Each of us has a host of other life-forms that reside on and in us, some of which are vital to keep us alive, some of which are invasive and harmful. They even leave fragments of themselves in our own DNA, and Metagenomics is the field concerned with how the genomes of the bacteria and viruses that call us home can interact with our health on a fundamental level. At the start of the collaboration with the Tate, we were asked to work in response to artworks that were being displayed in the Tate Britain. Ophelia, by Sir John Everett Millais, has always been one of my favourite artworks. Ophelia lies there on the point of death, but around her is a scene full of life, and this thought inspi
Publicar un comentario
Leer más
Más entradas

Neus Torres Tamarit
I am a multidisciplinary artist making art about science; genetics in particular. I am interested in the modes of interaction between the subject and the artwork, and how accurately such artworks present their scientific concepts whilst still exploring them through creative modes. My goal is to create artworks that bridge the gap between genetics and popular culture and that evoke curiosity and wonder about the mechanisms of life, synthesising the concepts into mixed media installations that create an emotional response so that people react to them as a human experience.