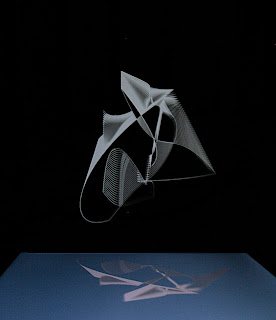 Confined mutations is a work in progress done in collaboration with the computer scientist Ben Murray. It explores the idea that mutation is a victim of its own success and must work within the confines of its ancestor mutations.

This artwork was first exhibited at the Crypt Gallery as part of Cryptic, Art and Science, from the 4th to the 7th of October.
On this link you can see a short video of the installation: Confined Mutations exhibition video in Vimeo 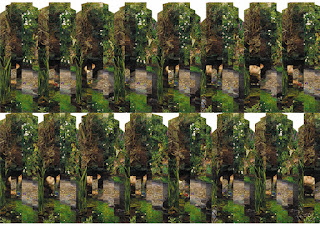 I have created this workshop for the Tate Exchange programme at Tate Modern, as part of the ongoing collaboration that we started in October 2015. We will sequence artworks using metagenomics sequences and we will create an artificial and collective DNA sequence.
Free activity, family friendly, drop in (no need to book)
When: Tuesday 29th November 2016 Where: Tate Exchange, 5th Floor Switch House, Tate Modern What time: 1pm to 4pm drop in at any time, the activity takes around 15 minutes
Activity part of the event 'Activating art through Science and Technology’ at Tate Exchange, Tate Modern.
Contact: neus@phenotypica.org Event website: http://www.tate.org.uk/whats-on/tate-modern/workshop/tate-exchange/activating-art-through-science-and-technology
Ophelia Sequenced 1, Digital image, Neus Torres Tamarit.

Ophelia Sequenced 1 and 2, a collaboration with the BP Art Exchange at the Tate Gallery. 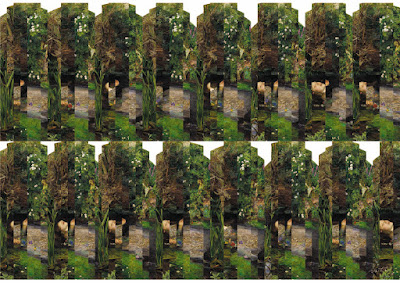 Ophelia Sequenced 1 and 2 have been developed as part of the BP Art Exchange programme at the Tate Britain, London.BP Art Exchange is a global learning project about international collaboration and exchange and I have been part of it since November 2015.
After getting inspired by Ophelia, by John Everett Millais, one of my favourite artworks from the Tate Britain Collection, I took a fragment of a metagenome sequence and I composed my first artwork Ophelia Sequenced 1 that was exhibited at the Srishti School of Art, Design and Technology last December 2015.
I did this by cutting the original artwork in strips and creating a system by which I could reassemble the artwork according to the metagenome sequence.

After the first artwork, I decided to make another piece, Ophelia Sequenced 2, using the same system but another fragment of a metagenome sequence; the objective was to see how the artworks differed from each other. 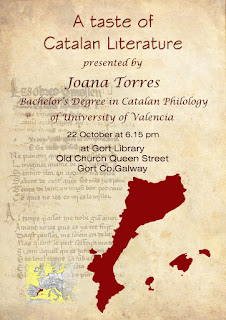 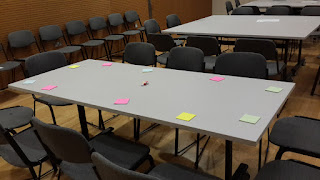 Dadaist, DNA Mutation and Recombination Poems is a workshop I created for the symposium What if…Why not…?: Creative Risk taking in Art, Design and Performance, part of the UAL Teaching Platform Series that took place last Monday. The event was about exploring contemporary issues in art and design education.
The workshop, framed under the name: Rules of Random, had to include randomness, risks and uncertainty to take the participants out of their creative comfort zone.

The participants had to sit around a table and use post-it notes, dice and pens as basic tools to start the workshop.


The objective of the workshop is to deconstruct words according to a set of rules that emulate DNA recombination and mutation processes and remind of the Dadaist poems characteristics.


Once the poem is finished, we revive the Cabaret Voltaire events in which Dadaist poems were read; we put the final result in a text speech software to read it aloud accurately.

The Levante newspaper (Valencia, Spain) has published today the following article about my artistic practice in art and science and my project in the Tate Gallery: 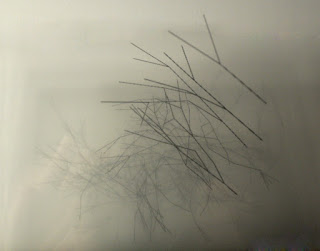 DNA driven L-system Installation Detail Neus Torres Tamarit in collaboration with Ben Murray.
The complete installation will be exhibited at the collective exhibition by  MA Art and Science, MA Fine Arts and MA Photography from Central Saint Martins, at The Laundry, 2-18 Warburton Road, London E8 3FN,
Private view 17th of March at 18:00h The exhibition will be on until the 20th of March
(Closest stations London Fields or Hackney Central)

Neus Torres Tamarit
I am a multidisciplinary artist making art about science; genetics in particular. I am interested in the modes of interaction between the subject and the artwork, and how accurately such artworks present their scientific concepts whilst still exploring them through creative modes. My goal is to create artworks that bridge the gap between genetics and popular culture and that evoke curiosity and wonder about the mechanisms of life, synthesising the concepts into mixed media installations that create an emotional response so that people react to them as a human experience.